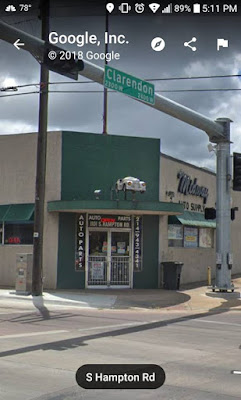 (via jim pike at memories of dallas on fb)


If there really was a book that contained the secret of life, it would not, assuredly, be called The Secret.

the legend of woolly syrup 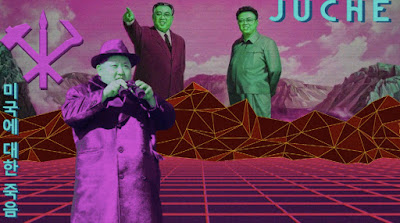 
Writers who use an extensive vocabulary (Ryling, A Theroux, Pynchon) are like microtonal composers; they just need more notes.


If the planetary mass is 8.47 (given), its radius should be around 1.76; then I derive a density of 1.55, gravity of 2.73, & escape velocity of 2.19 times the Earth's (safely under the 3.19 that would hold molecular hydrogen at this temperature, thus producing a gas giant instead of a rocky world at start). The real question is how much of its original atmosphere will be left after its violent history with the evolution of 40 Eridani B (now 0.573 times the mass of the sun, but formerly at least an F-type star with some twice this). If I just plug in a low albedo like Mars's (0.15), I get a greybody temperature of 198 C. Greenhouse effect would presumably increase this. At surface temperatures such as this (I am ignoring for the moment the problem of a trapped--rotation climate), the atmospheric pressure must be at least 16 atmospheres for water not to boil. Would there still be this much left in the end? Could even a highly advanced civilization survive 10,000 years of living underground?