"Poem Made Possible By Elizabeth Bishop

This gleaming
is the cliff
behind the
scene, , head down, and panic.
and then a baby sidewalk jumped
out, short, to our cognizance. So
soft! a
weak
mailed photon clenched ignorant against the mud
height, rising toward a
glistening cockatoo. The pale green
one. fell. It
splattered like an
egg of versts when almost every night another big
one With fixed. ignited
eyes. Too
pallid, dreamlike mimicry! O
falling fire baboons appear."

Here is the rain you prayed for...

"Amy Clampitt is a good example of someone who had very little. Her winning a MacArthur fellowship finally allowed her to buy a small house, something she only enjoyed for a few years before dying of ovarian cancer." 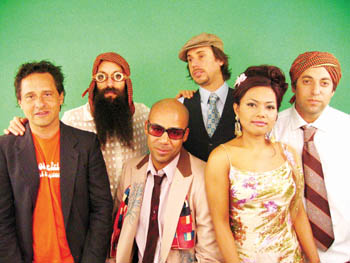 
Welcome to the Anthropocene.

"Art is somewhere between the wound and the crowd."


"Esperanto does indeed have its own mythology. It does not consist of magical legends, but is a kind of political mythology of hope..."


George and Martha. Springtail says: Check it OUT!

"This Connecticut landscape would have pleased Vermeer."


"...some theorize that the end of this storyline actually implies that the rest of the series, the more conventional strips, are all fantasies Garfield is playing out in his head to delude himself from realizing the dark turn his life has taken, as he slowly starves to death in an abandoned house."


"Most women (if they want to marry well etc.) have eye surgery to add an eyelid and look western..."


"The future is soulless."

"The Total Eclipse of Florida

And the palm trees clatter in the stiff breeze
Turnaround bright eyes, Every now and then I
like the bills of the pelicans and the tropical rain comes down.
then I fall apart,
to freshen the tide-looped strings of fading shells.
And I need you now tonight:
Job's Tear, the Chinese Alphabet, the scarce Junonia,
and I need you more than ever,
parti-colored pectins and Ladies' Ears,
and if you'll only hold me tight
arranged as on a gray rag of rotted calico,
we'll be holding on forever.

the buried Indian Princess's skirt
will only be making it right
with these the monotonous, endless, sagging coast-line
cause we'll never be wrong together.
Delicately ornamented,
we can take it to the end of the line,
Thirty or more buzzards are drifting down, down, down.
Your love is like a shadow on me all of the time,
over something they have spotted in the swamp.
I don't know what to do and I'm always in the dark
in circles like stirred-up flakes of sediment.
We're living in a powder keg and giving off sparks,
sinking through water.
I really need you tonight,
smoke from woods-fires filters fine blue solvents.
Forever's gonna start tonight,
on stumps and dead trees the charring is like black velvet.

Forever's gonna start tonight--
the mosquitoes,
once upon a time I was falling in love,
hunting to the tune of their ferocious obbligatos,
But now I'm only falling apart.

After dark, the fireflies map the heavens in the marsh.
There's nothing I can do
until the moon rises.
A total eclipse of the heart.
Cold white, not bright, the moonlight is coarse-meshed,
Once upon a time there was light in my life
and the careless, corrupt state is all black specks.
Now there's only love in the dark,
too far apart, and ugly whites; the poorest.
Nothing I can say post-card of itself.
A total eclipse of the heart
After dark, the pools seem to have slipped away."

The Night Graywyvern Spent in Jail


" 'see that girl over there, looking at you. Now she'll never have children.' "

"We know how difficult it is to resist the seductive call of the petty-bourgeois intelligentsia." (via Lime Tree)

I tried. I swear I did. Is it too late for me to repent?

1.
cold planet was yet
not like my dream feast hour
from a time to throw
off these story whispers steel
all as red gold going have

2.
sometimes a sloop beyond control
trumps the trollop pools
of my yonder brisk tower of cats
and I spool it so


as if it were an isomer of happiness...