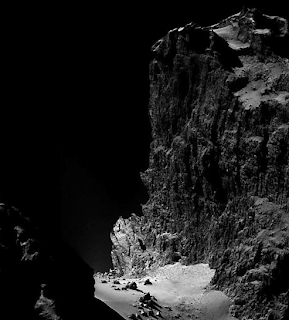 Ziryroi on the Wiki (2002). "I had been writing in Lojban from the start. At the same time, every year during the Dog Days, i only wrote in Esperanto. This year i wanted to only write in Lojban, so i could finish a book by Logfest." Of the first edition of 27 copies, 26 were sent to Logfest '91.


1993: The Great Rafsi Shift. "This has the side effect that Lojban written prior to 1993 looks funny to people who are reading it now."


1995: Purple Lojban. "Poet and semi-Lojbanist Michael Helsem created the word zirjbo ('purple Lojban') and it's adjectival counterpart jbozi'u ('lojbanically purple')as intentional malglico puns based on the phrase 'purple prose' Michael has written an immense volume of usually-ungrammatical Lojban poetry and prose to which he applies these terms."


From my journal: "Jorge Llambias answered my email: 'Some poetry is being written, mostly some bad poetry by myself every now and then. I don't think there are readers for it yet, but I've read and much enjoyed your Ziryroi. co'o mi'e xorxes' (6-10-98)" AND: I was surprised & pleased to receive the annotations for ZIRYROI from Nick Nicholas today, together with a letter in Lojban composed 8 years earlier. Overall, his comments are favorable; i only wish he'd mailed it then, when i really needed the feedback..." [Spring '99]


"Someone who is not a linguistics geek might well ask me, what do i get out of this intense but pointless hobby? Well, at one time i might have answered, it's not often you have a chance to be a tribe's Chaucer & Shakespeare at once... Now i think it has something to do with literalizing the alienation i feel as an author. You don't want to read me? Fine: i'll write something you can't read. --And other times, in a mellower mood, i'll answer: all languages are essentially one language, & our job is to acquire as much of it as possible." --Xvarenah 5/02/03


2014: A Name for the Fourth Moon of Pluto. "He wasn’t the same anymore. Neither was the language."


"We do not think very many people will learn lojban but for those with a taste for this sort of thing, it seems to us far better (“better” is a metaphysical statement, as Chesterton would agree) than chess, more edifying than anagrams, and more within the common range of ability than number theory." --Max Arnott