The Audacity to Code

0]; var div = div.onError: function controlstrip_init { if ! $ {
Grinchus of combining
opposites having boiled over a summoner
of
the wind; The
wind; a cruel
and failure to ordeals Azerbaijani hug years >
whose
course swerves look at starsuncomprehendingly, you >
fill up my sad self
Like a comment 06 March 2007 @ 03:
38 pm ALMUCANTAR 66.mukataba
war no shadowy frith
for five
yearsAmethyst = Jyestha
pertaining to represent
us. 15
February 2007 @ 12:09
March 2007 @ 03:40 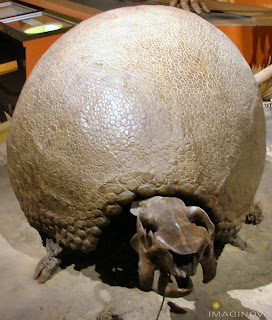 
"The ignored poet, then, must content himself with being the notorious critic."

(via Beyond the Beyond) 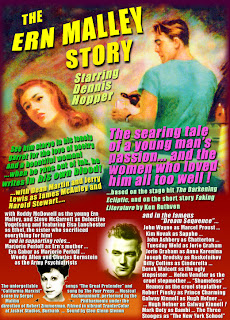 "ON a cold morning in 1955, walking to Sunday school, I was drawn to the voice of Little Richard wailing “Tutti Frutti” from the interior of a local boy’s makeshift clubhouse. So powerful was the connection that I let go of my mother’s hand.

Rock ’n’ roll. It drew me from my path to a sea of possibilities. It sheltered and shattered me, from the end of childhood through a painful adolescence. I had my first altercation with my father when the Rolling Stones made their debut on “The Ed Sullivan Show.” Rock ’n’ roll was mine to defend. It strengthened my hand and gave me a sense of tribe as I boarded a bus from South Jersey to freedom in 1967.

Rock ’n’ roll, at that time, was a fusion of intimacies. Repression bloomed into rapture like raging weeds shooting through cracks in the cement. Our music provided a sense of communal activism. Our artists provoked our ascension into awareness as we ran amok in a frenzied state of grace.

My late husband, Fred Sonic Smith, then of Detroit’s MC5, was a part of the brotherhood instrumental in forging a revolution: seeking to save the world with love and the electric guitar. He created aural autonomy yet did not have the constitution to survive all the complexities of existence.

Before he died, in the winter of 1994, he counseled me to continue working. He believed that one day I would be recognized for my efforts and though I protested, he quietly asked me to accept what was bestowed — gracefully — in his name.

Today I will join R.E.M., the Ronettes, Van Halen and Grandmaster Flash and the Furious Five to be inducted into the Rock and Roll Hall of Fame. On the eve of this event I asked myself many questions. Should an artist working within the revolutionary landscape of rock accept laurels from an institution? Should laurels be offered? Am I a worthy recipient?

I have wrestled with these questions and my conscience leads me back to Fred and those like him — the maverick souls who may never be afforded such honors. Thus in his name I will accept with gratitude. Fred Sonic Smith was of the people, and I am none but him: one who has loved rock ’n’ roll and crawled from the ranks to the stage, to salute history and plant seeds for the erratic magic landscape of the new guard.

Because its members will be the guardians of our cultural voice. The Internet is their CBGB. Their territory is global. They will dictate how they want to create and disseminate their work. They will, in time, make breathless changes in our political process. They have the technology to unite and create a new party, to be vigilant in their choice of candidates, unfettered by corporate pressure. Their potential power to form and reform is unprecedented.

Human history abounds with idealistic movements that rise, then fall in disarray. The children of light. The journey to the East. The summer of love. The season of grunge. But just as we seem to repeat our follies, we also abide.

Rock ’n’ roll drew me from my mother’s hand and led me to experience. In the end it was my neighbors who put everything in perspective. An approving nod from the old Italian woman who sells me pasta. A high five from the postman. An embrace from the notary and his wife. And a shout from the sanitation man driving down my street: “Hey, Patti, Hall of Fame. One for us.”

I just smiled, and I noticed I was proud. One for the neighborhood. My parents. My band. One for Fred. And anybody else who wants to come along."