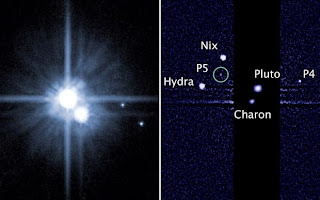 
Athanasius Kircher, in his own day another Leonardo almost, is remembered now (if at all) for his cat piano; & it would seem that Robert W Chambers--once the best-selling author of his time (several [silent] movies were made of his books, all lost)-- has left us only the Cheshire grin of his King in Yellow meme.


A new TV series has reignited interest (e.g. a recent Metafilter thread), & in a strange, very contemporary (dare i say "creepypasta"?) way, someone (on the inside, no?) has managed to reap a windfall from it. The first one on Amazon (the big seller, natch) dates back to September of last year. I count about 19 more from this month alone (out of copyright, doncha know-- i could add one for myself in about twenty minutes through CreateSpace). These are all his own words. What's of greater interest, to me, is the unwritten part of his work: the infamous play which he refers to (& briefly quotes from) but never himself (so far as we know) bothered to complete.


Other writers have tried to fill that lacuna: the redoubtable James Blish, Lin Carter, Thom Ryng (whose version, bad as it is, has actually been performed, in Seattle; even one by yours truly. (There have also been film incarnations; perhaps the most artistically significant result in all these referencings is a certain King Crimson album.) I see this as a definable literary practice ("zoomars"--i was first inspired by Arthur Machen's The Three Impostors--which has nothing to do with the ostensible subject of the original non-existent book!). I have followed this up with my own interpretation, for instance, of an imaginary longpoem described in a Galsworthy novel, not to mention The Theory and Practice of Oligarchic(al) Collectivism. (Perhaps one day i will write The Grasshopper Lies Heavy.)


Should one desire to delve, there is more to this than copycatting, sub-Lovecraftian frisson, or the findesecular flavor RWC himself barely hinted at. What terrible book lies behind the threat to society, even to one's individual identity? Darwin? Freud? Marx? (My money's on Nietzsche.) Nowadays we find it easier to believe in life-altering movies, as in House of Leaves or Pessl's Night Film. These are all, in a way, allegories about the power of art; in our own era this figures most prominently as the counter-culture conversion experience of the Sixties, viewed as destructive only by those who disapproved. A truly Dark Enlightenment would have to resemble Hitler's (chillingly self-described, in Mein Kampf) conversion to antisemitism. Madness, yes, but is it Art? 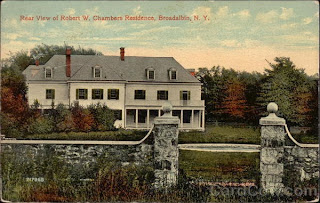 
"...the moon looks like a yellow jewel, like a strange yellow jewel from some dead king's crown." --Firbank 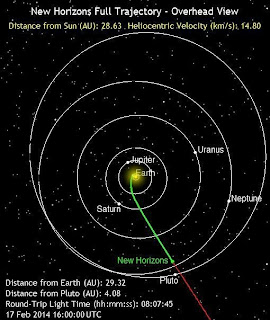 If one of the characteristic artforms of our era is glimflash (recasting one artwork in the style of another--a practice dating back to the very origins of genres), a second is the mashup AKA "plunderphonics." Among these, i have been particularly fascinated by the possibilities which newly matching disparate soundtracks & imagery evokes--this i dub Zi, e. g. "Watching Incubus to Dir en Grey." I started thinking along these lines in the early eighties--around the inception of "music videos" though i never watched them till years later ('91-'92)--& even then i was earmarking certain self-contained sequences in movies that i liked (the openings of Exorcist II & Bram Stoker's Dracula.)... Later I acquired a boxed set of 50 B- & (C-) sci-fi movies, & began watching them with the sound off, playing whatever music i happened to feel like. Alongside, i began collecting unusual cover versions of favorite songs (especially "Eleanor Rigby," which i eventually assembled a mixtape of), & understood the activity of translation itself in a similar light.


The aesthetics of juxtaposition can be roughly plotted on a continuum from "illustrative" (100% perceived congruency) to "ironic" or "paradoxical" (100% contradiction); these extremes are less interesting to me than the degrees inbetween, which might be called Fifty Shades of Parataxis. The point is to make something more than the sum of its parts. The ending of Dr Strangelove, combining an atomic mushroom cloud with the song "We'll Meet Again," stands on its own as an independent artwork even without the satire that preceded it. James Joyce's later works are full of such creations (moreso than Pound or Pound's Eliot). (--I think Vallejo might benefit from such a reading.) Others are almost canonical: "Old Time Rock 'n' Roll" from Risky Business; "Flight of the Valkyries" from Apocalypse Now (even though this purports to be what's actually happening on-screen)... Does the "Thus Spake Zarathustra" part of 2001: A Space Odyssey qualify? Nina Simone's "Sinnerman" at the end of The Thomas Crown Affair remake? To some extent, the latter two are part of the story-telling. (Ditto "As Time Goes By" in Casablanca--thanks, Melanie, for the suggestions!)


Sometimes movie trailers stumble upon something that works better than the movie itself. I remember well when Hope Floats featured Live's "Lightning Crashes" for its dance-&-fireworks sequence of the trailer. And the teaser-trailer of The Fifth Element with its haunting Bulgarian Voices soundtrack...


This has been much facilitated of late (videodoubler & youtubedoubler dot com, possibly others), & i have started at last to act upon these notions. The first one i attempted was Joseph Cornell's (itself appropriated) "Rose Hobart" combined with an album by Balam Acab--Cabadath3. (I made another first--the mysterious "Suicide Mouse" plus Daphne Oram's "Four Aspects"--for practice.) I happened to be listening to the one as i was watching the other &--it fit.


Cabadath4 combines a certain sequence of real-life Wikileaks footage with the famous theme from The Good, the Bad, and the Ugly. Maybe i should hasten to add, i don't ordinarily approve of "snuff flicks," but one may ask whether this is any more outrageous than the fact of a war that has gone on for more than ten years against people who never even attacked us. I guess i hope the Zi transcends the politics of the day.


(What ought to be) Cabadath6 is, i think, one of my most perfectly realized Zis so far, joining the deserted amusement park sequence in Carnival of Souls with Sarah McLaughlin's "Possession." Here the transitions in the song mirror changes in the image-stream.


I'm not entirely satisfied with Cabadath7. Certainly i find everything from the silent era both haunting & semiotically versatile. But the subtitles are a bit of a distraction here. Caretaker (or any other hauntology artist) seems almost a cliche; still, you put it together with something contemporary & it's just low-fi. As it happens, the band Year of No Light has scooped me with an entire soundtrack to one of the greatest silent movies, Vampyr.


Continuing with Dreyer, i found a short, abstract film of his that works pretty good with some Pierre Henry. Musique Concrete is one of my less shareable loves. Parts of my 1983 viddy ORG/N/ISM attempt something such as this.


I have a love/hate relationship with Pulgasari. In Cabadath9 i add Burial's "Be True Black Swan," though i'm not crazy about where i begin & end the visuals. It may be debated whether some wizzier music would be best for this lugubrious melodrama.


There is, of course, no end to these experiments. Not all of my favorite songs require visual accompaniment. But wouldn't "House of the Rising Sun" work with some selective post-Katrina footage? And where can i find images that can live up to "Leftover Wine"?

I would be remiss if I did not mention here Momus's project with Murnau's Faust, or the W**d* *ll*n movie What's Up, Tiger Lily?...& I might as well add: neo-benshi. We won't even get into Dark Side of the Rainbow...